She Recovers, The Beverly Hilton and The Manny

5 things that have saved me from relapsing!

This weeks blog post is by Kacey Bradley, a writer/blogger who has a  lifestyle blog, The Drifter Collective, about travel, health and wellness. Her post is one that I thought was important to share with my readers – I hope you find it as interesting as I did.

After the years following birth, adolescence presents the most critical time developmentally for an individual — mentally, emotionally, socially and physically. Teens grow up hearing daunting statistics and the blanket statement that drugs will ruin their lives, and they can. Even regular, moderate substance use can adversely affect their development, relationships and performance in and out of school.

Teens also face ever-increasing challenges to do their best and aim higher, and the pressures come at them from home, school and society. Teens also must deal with fitting in with their peers and maintaining friendships during a volatile emotional time.

The decisions you make during your youth also contribute to ongoing substance dependency in adulthood, as well as the multi-faceted health problems adults must face after struggling with addiction. Here are five real effects of alcohol and drug abuse in adolescence.

Early use of alcohol during adolescence strongly predicts the likelihood of drug dependency in adulthood. Alcohol use affects memory and may impact brain development during youth, making teens more likely to get addicted to alcohol and drugs in adulthood.

Teens who drink alcohol or use drugs are more likely to experience pregnancy as a young mother or father. One survey found that 20 percent of teen males engaged in seven out of 10 risky behaviors, from drinking to using cocaine, and 10 percent of teen females engaged in most of the activities. On top of this, 8 percent of females got pregnant at least once, and 13 percent of males impregnated a partner. The increase of multiple pregnancies linked with teen dependency, as well.

Fortunately, teen pregnancy rates continue to drop thanks to increased use of contraceptives and condoms, but alcohol and drug abuse increase the likelihood that teens will engage in sexual behaviors, which introduces the risk of STIs and early pregnancy. About 22 percent of teens drank before their last sexual encounter in one survey, and sexually active teens who smoked more than three times in the last month reported a significant decrease in the use of condoms.

3. Suspension in Sports Due to Dependency

Many teens beef up their college applications with extracurriculars and depend on sports scholarships to attend college.

A sport may run in the family as a legacy, and the teen endures pressure from home and at school to succeed in their sport, leading to the increased risk of using performance-enhancing drugs. The star athletes who teens look up to inspire this behavior, as 47 MLB players were suspended from 2005 to 2015 for using banned drugs. The number of NFL suspensions rose from 21 in 2011 to 82 in 2012. Steroid abuse affects more than one sport.

Teens who are injured may also become dependent on their medication. Parents and coaches must provide a healthy balance of rest, encouragement and activity for the players.

Teen substance abuse strongly links with higher rates of absence from activities and school, lowered grades and an increased risk for dropping out of school. For example, marijuana affects memory and attention, and the impact on these functions can last days after smoking a joint. One study on marijuana use found your IQ can lower up to eight points when you continue to abuse marijuana from teen hood into adulthood heavily.

Substance abuse also contributes to some teens’ decisions to drop out. A study of 16 to 18-year-olds in their senior year proved more likely to use alcohol, marijuana and other substances. Drug use increased in dropouts at 31.4 percent, compared to non-dropouts at 18.2 percent. Teens who abuse substances are less likely to graduate high school or pursue higher education.

The leading cause of death and accidental injury, suicide and automobile accidents, is due to substance abuse. Mental and physical health issues are also affected by maladaptive behavioral patterns formed at this critical time. Around 24 percent of teens reported being a passenger in a car by someone who was drunk, and 8.2 percent said they drove the car while drunk.

Many substances, such as prescription stimulants, alcohol and methamphetamine, link with a higher risk for cardiovascular disease and heart problems. Cocaine is a stimulant that impacts blood pressure, and researchers have long established a relationship between alcohol dependency and hypertension. Shared needles also increase the risk for infectious diseases, such as hepatitis C — up to 80 percent of new cases are due to shared injection use.

Teens who abuse substances during adolescence and continue their dependency into adulthood increase their risk of developing chronic diseases, from heart disease to breast cancer. Also, the 10-year risk of breast cancer more than doubles in women over 60 compared to women in their 40s with continued dependency.

Look to your adolescence when dealing with dependency and facing recovery. What emotions and pressures did you deal with, and what are you dealing with right now? Your story may feel painful, but it also reveals your newfound resilience and ability to heal deeply.

Kacey Bradley is the blogger behind The Drifter Collective, an eclectic lifestyle blog that expresses various forms of style through the influence of culture and the world around us. Kacey graduated with a degree in Communications while working for a lifestyle magazine. She has been able to fully embrace herself with the knowledge of nature, the power of exploring other locations and cultures, all while portraying her love for the world around her through her visually pleasing, culturally embracing and inspiring posts. Along with writing for her blog, she has written for sites like U.S. News, SUCCESS, Ruffled, and more! Follow Kacey on Twitter and subscribe to her blog to keep up with her travels and inspiring posts! 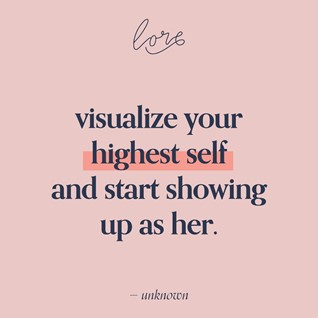