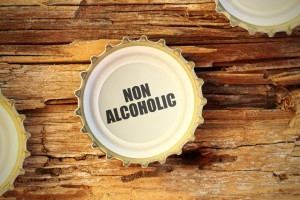 I was asked recently at a meeting by a newcomer about drinking near Beer, which is basically Non-Alcoholic Beer -that actually does contain trace amounts of alcohol.  I told her what I was told early on, “drinking anything non-alcoholic is like a junkie putting a needle in his arm using water as his drug”.  Its a trigger, its a slippery slope and in my opinion it just doesn’t make sense.  I wrote about this a few years ago and thought I’d share it again, especially now that we are entering the summer months of beach parties and cerveza!

In my first year of sobriety there were so many new things to learn and test out and that first year for me was pivotal in building a strong foundation of recovery. I did what I was told – I was a good little soldier. I did 90 meetings in 90 days (more than that actually) and I got a sponsor and started working the 12 steps. My life quickly got better and I was so relieved to be living a life of honesty and integrity.

I remember in my first month I was out to dinner with an old friend, and she knew I had recently quit drinking, but this was the first time I was out to dinner with someone that wasn’t in the program. I felt weird, awkward and not comfortable at all, as she and I used to drink a lot together. I ordered a non-alcoholic beer. The thing is, it tasted like normal beer. It was odd and I didn’t think I should drink it, but I drank the whole thing and something just didn’t feel right. I didn’t tell my sponsor. I didn’t tell anyone. A few months later found me back home visiting my family for an engagement party and the same thing happened again. Here is how that story goes:

“He brought non-alcoholic red wine to the party and he knew I quit drinking also. He poured some for himself and asked if I wanted to have a glass. I figured sure, why not, it can’t hurt, and I’ll feel more comfortable at the party with a wine glass in my hand. I was nervous taking a sip, and it tasted like cheap red wine. I remembered that taste and I liked it, which made me leery about drinking it. I remembered hearing about how people would relapse on non-alcoholic beer and wine and thinking that could happen to me. I was concerned that I would pick up somebody else’s wine glass that looked like mine, and then it’d be all over. I thought about just drinking then and saying screw it, I’ll get sober again when I get back to San Diego, this is just too difficult. If I can drink this glass of non-alcoholic wine, why not just drink a normal glass? One glass won’t hurt. I looked at Suzy and she asked, How is it? Is it weird? Are you sure you should be drinking that? I thought for a minute and put it down and looked at her. You know, I can’t drink this, it’s too slippery of a slope for me. It’ll make me want to drink a real glass of wine.”

Again, I was in a situation where I didn’t feel comfortable and I thought I needed that liquid courage to make me feel okay in a social situation. Moments after this occurrence, I remembered a story my sponsor had told me where she had relapsed because she started drinking non-alcoholic wine. If that wasn’t God working in my life at that moment – then I don’t know what is. I’m so grateful that story popped into my head and my girlfriend had the wherewithal to ask me how I was feeling.

I soon then shared this story at a meeting and when it ended a wise woman in recovery came up to me afterwards and said, “I’m not going to tell you what to do, but drinking anything non-alcoholic is like a junkie putting a needle in his arm using water as his drug” . It’s kind of like the AA adage, “You walk into a Barber shop one too many times, you’ll end up getting a haircut.” Yup, I get it – no need to test this out anymore.

In my time in sobriety, and in speaking with other people in recovery, I have found that alcoholics unanimously recommend staying away from non-alcoholic beer and wine stating that it will trigger cravings and induce relapses. I can completely agree with that statement. I don’t know why I didn’t start drinking after those two occurrences, because both tasted like booze. For me, I had to play that tape in my head. I had to go back and remember what would occur if I started drinking again. Inevitably it would start out okay at a nice ritzy bar or restaurant, but fast forward a few hours into the night and I’m at the local watering hole looking to score drugs and find others that will partake with my lifestyle. Why I do know this scenario? Because this was my life for over 20 years. I know it well.

So for me today, I relish in going out to restaurants and looking at the Non-Alcoholic Beverage Menu. I love ordering a fruity Lemonade, a fizzy flavored water or just a plain Iced Tea. Because for this Alcoholic, no fake booze drink is going to take away the amazing life I have today in recovery. It’s not worth it as being sober is worth so much more.