I ran a sober living home and thank god I didn’t relapse!

I ran a sober living home and thank god I didn’t relapse! 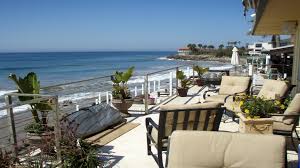 I get to (very blessed I know!)  live in this glorious part of Southern California where we have very available treatment centers and sober living homes.  I was reflecting recently on my stint as a Sober House Manager as a woman I know recently opened up one in my neighborhood, and actually it looks amazing and welcoming! It was a once in a lifetime kind of experience was for me, and it was also scary.   I was lucky that it didn’t endanger my sobriety, it made it stronger and better. I wanted to share a post I did for XOJane a couple years back – hope you find this helpful, but most importantly that you realize how grateful you are for having all of these amazing resources that are available to those of us in recovery.

It was during the economic downturn where I found myself without a job and no steady income.  A friend through the Fellowship came to me about an opportunity.  One where I could have free room and board, my own private room and I would be able to keep Lucy.  Said friend was getting ready to open a sober living home next month and she needed a House Manager.  By this point in my sobriety, I was almost five years sober and I ran a good program – I had a sponsor, worked the steps, and I did what I was supposed to – I had my shit together.  It was an easy decision to make and within two weeks, I moved into a gorgeous 5 BR fully furnished home with a pool and ocean view.  It was like moving into my own private Golden Door Spa home – until the sober housemates showed up.

Our first client was fresh from the local 28 day Rehab and she too was as fresh as a 19 year old girl could look. Dewy perfect skin, gorgeous healthy hair – an attractive woman who was soft spoken.  Heroin addict, who didn’t look like she had every spent a minute with a needle in her arm.  But I and Boss Lady soon found out that most young female addicts were just that.  Heroin addicted and sparkling fresh.  None of these young girls resembled skid row Heroin addicts.  They were all sent their by their parents and none wanted what I had.  During my ten months as House Manager, there were 5 young women in particular; all attractive, all H addicts and all very good liars, cheats and manipulators.   But isn’t that what addicts are?  You bet your fake urine drug test they are.  We had had to learn the ropes the hard way.  We soon figured out that they were buying fake pee and that they were in cahoots with their housemates and would trade pee when needed.  When we caught on to the fake pee, we had to start following them into the bathroom and watch them pee.  We learned that you could insert a tube of fake pee into your vagina and pop it with a pin to give you a steady urine stream.
We also had to dole out their Suboxone® individually and watch it dissolve into their mouths as these girls were swapping pills with each other.  One girl came back from a weekend pass saying she had caught the flu from her Mom and that she was really ill.  Within 24 hours we realized she was dope sick and had to kick her out of the house as it was her third strike.  She had had a few months clean prior to that relapse.

We also had women in the house that were traditional alcoholics who really wanted to get sober.  These women were a little older and they had more life experience.  They too would try and hide their drinking.  Their relapses weren’t as routine as the H girls were, and in addition to random drug testing, we also performed random breathalyzer tests – it was a revolving door of wondering who was high and who wasn’t.  Since I was the House Manager of the home, I was privy to everyone’s schedule as I was normally driving them around to meetings or job interviews or to gym – but I developed friendships with some of them – and just when you think  I’m her friend now, she won’t lie to me – they spin their addict web of lies.  This job had me feeling like I was a Doctor as I was on call 24/7, even on my days off, there was no respite for me.  I’d be sitting in a movie and my phone would start blowing up with texts and phone calls: She didn’t make curfew, she needs a ride to work tomorrow, she needs to visit her Mom,  she and she got into a fight tonight, Lucy ate her stuffed animal – and on and on it would go.  It got to a point where my own sanity and sobriety were at risk.  I couldn’t go to a meeting and share about “what was going on with me” nor could I confide in anyone at the house.  My sponsor was on speed dial, as were my other sober sisters.  I soon heard the alarming statistic that anyone working in the recovery community has a much higher chance of relapse.  As soon as I heard that I knew I had to up my recovery and started focusing on me and my program more.  I went to Boss Lady and confided in her that I needed to really take care of myself and my program.  The last thing any of us wanted was a drunken House Manager.  I never really wanted to drink, but I had access to the safe where we housed all the medication and some of those pills were addictive.  A little harmless pill would be nice – just to take the edge off.  That thinking kept churning around in my mind – but luckily someone else would relapse and I’d be jarred back to the reality of the disease.  Cunning, Baffling, Powerful and it was happening every day right under my nose.

After ten months, my life took a drastic turn and I was summoned by my family to move back East and assist with my ailing mother.  It was January and moving back East wasn’t something I was longing for – – but I’d much rather babysit and take care of my own Mother than keep trying to be a Mother to some who weren’t ready.  I have stayed in touch with some of those young girls and although they still needed to live their own journey of addiction and recovery, most are all now clean and sober.  They are the lucky ones, as am I.