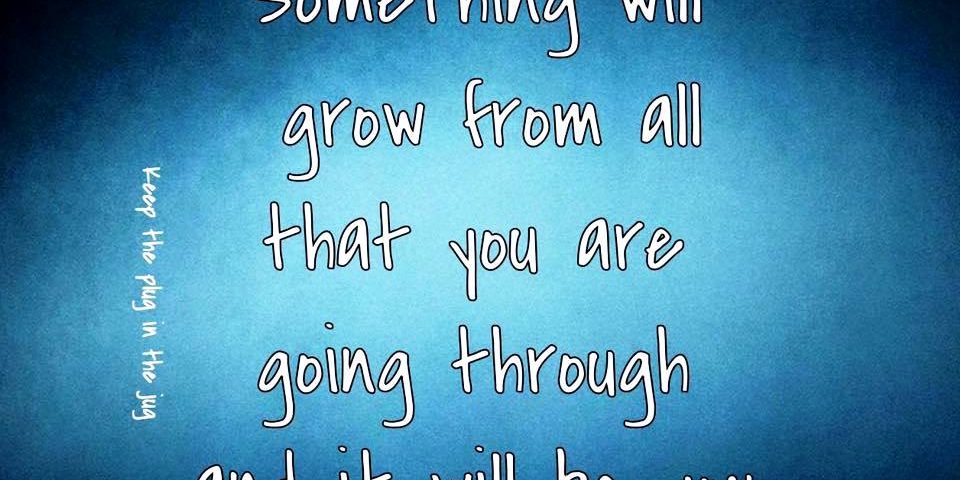 For the past few weeks I’ve been struggling with a lot of changes.  The change of moving and coming back to a place where I had lived years ago and fitting in again.  The change of going through the actual change of menopause (that’s a whole other post and frankly too complicated and personal to even delve into) and the change within me that I’m not the same person who lived here six years ago.

My emotional state of being has been almost bi—polar in the sense that I’ve gone through some depression and I’ve had some crazy mental twists that have come about – mainly due to menopause.  This gladly has settled down now, in large part due to HRT.  Amen is all I can say there.

Having moved for the sixth time in five years through three states, I found myself questioning a lot of the decisions I’ve made and here I am with many miles of moves being utterly exhausted; physically, emotionally and spiritually.  I’m working long ass days starting at 6 am and trying to be productive and successful in my normal career, while also trying to balance my recovery and personal life, while still unpacking and settling in.  It’s been a bit much for me to grasp and there have been a few times where I’ve said to myself, “Did I make the right decision?” I keep coming back to the s l o w answer of “Yes”, I made the right decision.  In large part because I feel that this is my home.  This is where I truly found myself as a human after combing through the wreckage of my alcoholism.  This is where god gave me a new lease on life.

After coming to the acceptance that I’m meant to be back here, I couldn’t help but still feel foreign within myself.  I was doing what we addicts say is one of the worst things possible and that is comparing.  Comparing my outsides to your outsides.  Compaing what you have vs what I have.  The outsides of the younger version of me running along the PCH and the outsides of the suburban housewife driving around in her black Suburban and the outsides of your car, home, jewelry to all of mine…yes, I’m doing that again.  It’s all about the stuff, the materialistic crap that I find myself fiending over. It’s what you have that I want that gets me wrapped up in my false sense of self of who I am or who I think I’m supposed to be – when in actuality it all comes down to my inner core of who I really am.  Isn’t that why I got sober so I could be okay with who I am without the stuff?

For the past twelve years I’ve done the steps, spent thousands of dollars on therapy, endured many spiritual experiences, traveled to breath taking places and done all that I can to feel okay and know that I am enough.  It’s about loving myself and being in acceptance of who I am and where I live and what I think and what I look like and what I buy and what I don’t buy.  I’m right where I’m supposed to be.  I am able to change and evolve and still walk a spiritual path, it’s just that sometimes it looks messy and I look messy and who cares, right? Well the thing is I care and I’m my own worst critic.  I started working with a new therapist and a new sponsor lately and I’m doing a lot more of the work that I’ve done in years past and its painful and its awkward and I really don’t want to do it most of the time, but at the end of the day when I reflect and find myself not feeling good enough and all of the other outside clamors that go with that – I have to reel that in and say compared to what? Compared to when I was out there drinking and using? That’s when life was really a full on shit show of lies, manipulation and not knowing where my car was in the morning.  Today I’m okay with just being okay and tomorrow I will be okay again, and again.  I have to stop trying to be the first in line.  I know today that as long as I have a place in line and I am gentle with myself and my growth, I’m right where I’m supposed to be, Here and Now.