Emotional Sobriety – what does that mean to you? 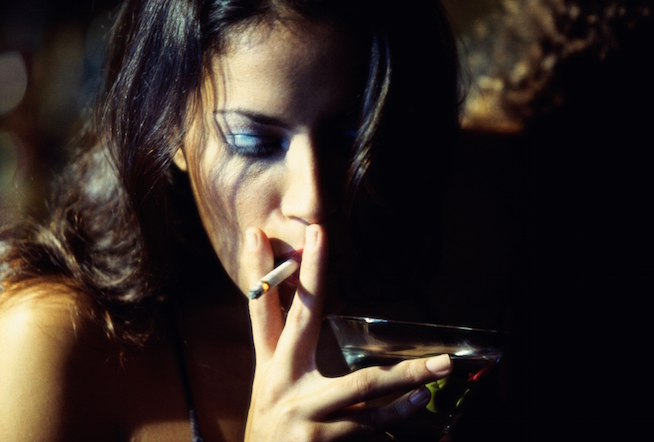 I was recently talking with someone about my past, and she was shocked I lived a life of drugs and alcohol the way I did.  I usually don’t go for the shock factor, I go for the “I got sober and it saved me” part.  Either way, I wanted to share an article (that I re-edited) for Ravishly.com a couple of years ago.  It brought me back and made me grateful I don’t live like that anymore – sometimes I can’t remember what my past was like.  Reading this again completely reminded me, and I wanted to share.  If you, or anyone you know, needs help with any addiction – Help is there.  It always is.  Ping me directly if you’d like.  We all only get one shot at this life thing – let’s do it sober!

From the first snort up my nose to the immediate high and rush that accompanied that, along with a swig of my vodka-jungle juice and a drag from my cigarette — nothing ever compared. It got me. To the core of my being, this shit got ahold of me. My life became a constant rush, experiencing blasts of adrenaline with him and his gang of degenerates. I knew that this crowd wasn’t the type I would have invited over for Sunday dinner. It didn’t deter me, though, since I liked the hectic pace and being in the center of the drug network. I felt that I was above these people, and somehow it made me feel better being around them. I felt like we had what everyone wanted. I was the ‘it’ girl of the group. My low self-esteem and self-loathing made it quite easy for me to sequester myself with people that were, outwardly, less than desirable.

I upheld this sordid lifestyle for many years dating anyone that had what I wanted for what I needed. Later, when I moved to California, it only increased my usage, as it was much easier to get. By the time I was 37, I was doing cocaine a few times a week, as I tried to uphold some sort of a career. I considered myself a recreational user.

Thursday through Sunday was the norm. Each time I used cocaine it worked for me. It made me feel good – like I mattered — it made sense. I loved the instant rush of snorting the line and having the drip down my throat within seconds.

BAM! That was it. My own a-ha moment. I could stay up for hours drinking, snorting, and smoking with whatever person of the week was there. Playing poker, Yahtzee, or just talking shit about shit. It didn’t matter.

I loved getting the bindle, chopping it up, and sifting out the lines into perfect matchsticks. I loved the routine of it. I could start tasting it minutes before I would even have it in my possession. It was all-consuming – so much so – that I would bargain away anyone and anything at any cost. I lost relationships, friendships, jobs, money — but mainly my self-respect. All because I wanted what I wanted. Most nights, I would barely make it to bed and stroll into my office high with no sleep. I am amazed that I was able to maintain that routine for as long as I did.

The last time I did cocaine was a few weeks before I quit drinking. When I quit drinking, I quit cocaine. The yin and the yang were no longer. I had finally had enough of having enough. Now being clean and sober is my drug of choice.  I will celebrate 15 years in May – One day at a time.