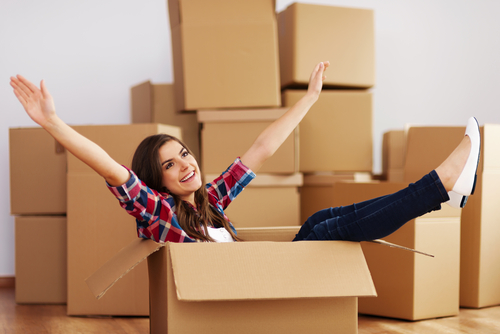 Since I got sober in 2004 I’ve moved 13 times.  Prior to getting sober I had moved over 20 times.  You’d think after you get sober, you stick around for a while as your life isn’t bat shit crazy anymore.  One of the many gifts when you get sober is that you aren’t shoving everything you own into heavy duty garbage bags, tossing out furniture because you’re too lazy to deal with it and leaving a messy dirty apartment in your wake.  I’d like to think that I became a much more organized and methodical mover after I got sober, but no – not really.  I tend to de-clutter more, but now I have more clutter; more books (about recovery), more boxes of step work and journals, and many more tres important spiritual healing things that I must cling to.  Besides the new spiritual library, there are now God Boxes, Coin boxes, AA scrapbooks and boxes of saved “Sobriety Birthday” cards.  I have, however, become much more strategic about my moves as I’m not skipping out on roommates or leases anymore.  I’m a bit more accountable to myself and others now.   My moves actually mean something, they have purpose.  The early sober ones were for nicer and bigger apartments; apartments that had an Ocean view, closer to the local Clubhouse and affordable as my piggy bank had savings since I wasn’t spending all my money on drugs and booze. I was now a real grown up.  Yay for me!

My 4th move in sobriety was the big one, or so I thought.  The cross-country I need to go back to Philly and move in with my sick Mother, find a real job and become reacquainted with the snowy winter wonderland move.  It had been 10 years and I needed to do the right thing.  I needed to be that sober daughter to my mother and siblings and establish a life back home again.  If I wasn’t sober, I’m sure I wouldn’t have left San Diego, as my selfish self would have had a zillion excuses not to move back. So, I sold all my furniture, packed up my Acura sedan and carved out just enough space in the back for Lucy to curl up and slobber out the window with her ears flowing in the wind.  I cried from Encinitas until I reached the Arizona border.   I then heard Elton John on the radio, “Philadelphia Freedom”.  I got it.  Ok.

Lucy and I drove for 5 days taking the southern route and within days of our arrival the Snowmaggedon blizzards of 2010 took over and within 4 days there was over 60 inches of snow.  What had I done? Reality set in and there was no more walking over to Swami’s beach for my evening meditations.  My main respite was that Lucy loved the snow and she could run around all day in it.  I was miserable, broke, cold, and not connected in local AA.  I was homesick for my San Diego scene.  The day after we arrived though I ran to the local clubhouse and did what my San Diego peeps told me to do.  I shared about where I was and how I had just moved home and that I was living with my sick mother.  I didn’t have a job nor was I happy to be home.  The thought of a drink sounded pretty good.  I hadn’t been to a meeting in over a week and my grim reality was setting in.  After the meeting women ran over to me like I was a newcomer and gave me their numbers, told me which meetings to check out and told me to keep coming back.  I was almost 6 years sober and I felt like a newcomer, except I wasn’t in an alcoholic fog, I wasn’t crying or hung over and I wasn’t as vulnerable.  I had some time. I knew the deal.  I felt raw and green.  I spent 3 years in Philly and immersed myself into the Malvern Center Fellowship – I made women friends, I got a sponsor – I reconnected with old friends (who were now sober) and I met my now husband.  Mission Accomplished!  We left Malvern in 2013 and spent a year in Baltimore before moving down south to the Sunshine State.

Our move to Florida was fueled by the we are so done with Winter.  It was my 11th move in sobriety, my 4th move to a new Fellowship.  This move was no different than the other moves, so I had to put myself out there again and tell the Fellowship what was going on with me and open up again to someone new. I am always able to get a new sponsor early on and they are exactly what I need.  I’m so blessed that they come into my life for a reason and my recovery gets healthier as I do what is suggested. I rarely question that, no matter how much time I have. God is always working in my life, and most of the time I am not even noticing it!

So, while in South Florida, nine months later, due to a job change, we ended up moving to a place further south in Florida; Naples, which then was our 5th move to a new Fellowship. And again I did the same thing as before, put my hand up and share what was going on with me. Never fails.

A year ago last week we did the really BIG move cross country and came back to North County, San Diego – where I got sober, my home.  This was our 6th move to a new Fellowship that really wasn’t new  to me.  Next week, we embark upon another move – to a lower floor unit in the same building we are in! Nothing changes on my address except my Unit #.  I get to pack and purge and start fresh in a new place with a couple new furnishings and freshly sprayed juju.  Only this time, no need to find a new sponsor or a a new Fellowship. No matter how many times I move in sobriety, I always take God with me and he always shows up. 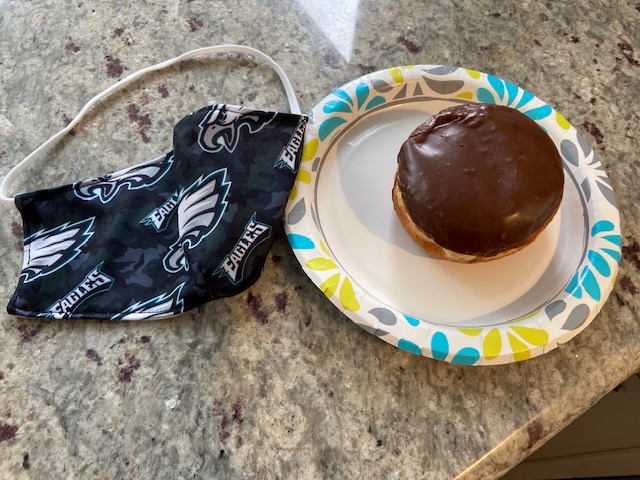