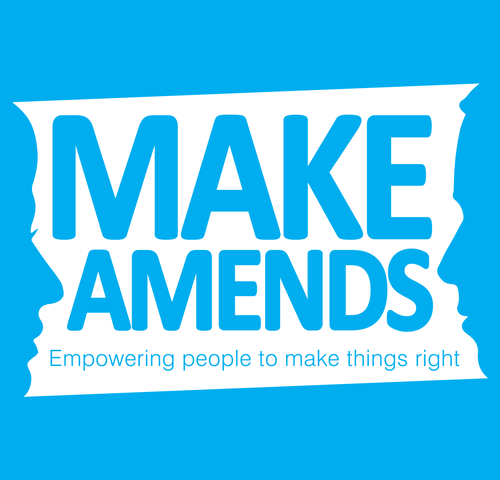 Amends has been a cornerstone for me in my recovery and this week, I have a guest post from Luke Pool, a grateful member of the recovery community.  He is sharing his insight with us and I’m appreciative of him doing so.

It helps to think of recovery as a clock. On the inside, there are many different cogs, springs, and other pieces that fit together like pieces of a puzzle, allowing the clock to tell the time. With all the necessary pieces in place and some basic maintenance — like giving it a wind from time to time — you can depend on the clock to continue telling you what time it is. But if a piece breaks or is missing, the clock can’t accurately tell time. In short, the missing piece causes the clock to lose it’s sole function.

Much like a clock, recovery has many moving pieces that fit together, allowing someone to sustain his or her sobriety for the long-term. Of course, there’s some variation among those pieces from one person to the next, but you can generally expect most of the components to be the same: detoxification, counseling to find out the underlying causes of the substance abuse problem, regaining one’s physical health, assembling a support network, and so on. Achieving and sustaining sobriety isn’t solely about finding the right help (although that’s inherently part of the process); it’s also about identifying risks of relapse and mitigating those factors.

While in active addiction, many people behave in ways that they wouldn’t. As substance abuse become the central and driving force of a person’s life, he or she becomes increasingly willing to do whatever it takes to sustain an alcohol or drug problem. For many people, this can mean stealing and committing crimes, putting oneself or even one’s loved ones in jeopardy, and numerous other reckless behaviors. As such, making amends is often a prominent part of the recovery process. But what, exactly, does it mean to make amends? And why is it an important part of addiction recovery?

The Concept of Amends

Most people associate the concept of making amends to the twelve-step method. After all, making amends is the ninth of the Twelve Steps, instructing members to “make direct amends” at any opportunity unless the act or process of making amends would cause some kind of additional hardship.

By the ninth step, a person had make it two-thirds of the way through the Twelve Steps, a journey that has helped to prepare him or her to make amends to family members. The idea is that the preceding steps help an individual to realize his or her character faults, recognize the extent to which he or she is powerless to alcohol or drugs, acknowledge any guilt or shame from previous wrongdoings, and take responsibility for those actions. Much of the preceding steps amount to psycho-emotional preparation, which is important because making amends can be quite difficult.

There’s a common misconception that making amends is virtually the same thing as apologizing, but this is not actually the case. The best way to convey the differences between amends and apology is with a simple illustration: While an apology is like putting a band-aid over a serious wound, making amends is like stitching the wound back up, putting some salve on it, and really helping the healing process to start.

That’s not to say that apologies are completely insignificant or ingenuine, or that they’re unimportant or pointless. The main purpose of an apology is to show someone that you have remorse for what you’ve done, that you regret having done what you did, and that you would like to be forgiven. By comparison, making amends is a more proactive version of apologizing. Rather than a simple “I’m sorry”, making amends means that you’re trying to repair the situation and restore balance. In a very literal sense, it’s about righting a wrong, assuming that there’s a way to do that because not all situations can be reversed or repaired.

A Vital Part of Recovery

Now for the main event: Why is making amends important for recovery? There are actually a couple key reasons, and they’re largely practical.

For one thing, making amends to those who have been wronged is a great first step in repairing damaged relationships. Damaging or even destroying relationships is a common theme among individuals who suffer from substance abuse problems. The benefit of repairing these relationships is the prospect of gaining additional people in one’s support network, which is a vital resource for the longevity of one’s recovery. It’s also important as it allows for individuals to alleviate some of their guilt and shame; notably, these are the types of feelings that really weigh on one’s shoulders and have proven to increase susceptibility to relapse in the future. As well, making amends is about bringing a previous chapter of one’s life to a close, acknowledging previous wrongs, and using them as an opportunity to learn and grow for the future.

Luke is a grateful member of the Recovery community. He has found his purpose in life by helping those who suffer from the diseases of addiction. He uses blogging and social media to raise awareness about this epidemic, affecting every part of this country. Now working for Stodzy internet marketing, he is able to pursue his passion by informing as many people as possible about addiction. Originally from Austin, Texas he now lives in South Florida. 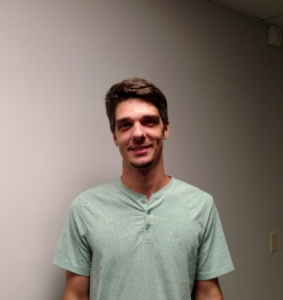