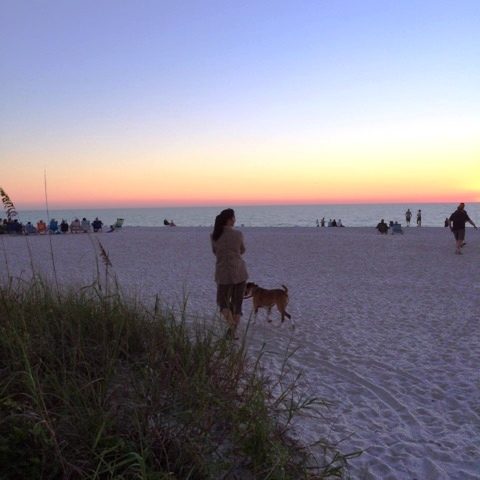 As the official kick off weekend of summer is upon us, I wanted to share a post I did for The Fix last summer.  As we all know staying sober in recovery, especially early recovery, is challenging, especially when you’d rather be on the beach sipping that Corona or being pool side with that nice Chardonnay.  I hope this post can help you as we start summer this weekened, and as always, feel free to email directly with your thoughts.

A sober summer can be stress-free and enjoyable… if you manage it right.  I got sober in May in the gorgeous beach town of Encinitas, California. It was glorious, summer-like weather year-round and surfers, yoginis and healthy vegans populated the landscape. Enjoying my first sober summer was pretty stress-free—in most regards. Besides the crying, agitation, anxiety, not sleeping or oversleeping, I was able to be sober and hang out with my sober pals, and it sure did make that first sober summer enjoyable.

Regarding specific encounters I experienced, I wanted to share some highlights and how I was able to manage these excursions:

Of course, living in a beachside community, you are going to partake in what that has to offer. However, before I got sober, going to the beach was sporadic and I never lasted more than an hour or so, because I needed to have more booze and I was too anxious to sit and drink. Plus, I felt like I needed to be doing something, and sitting on a barstool was something and more appealing to me than a beach chair. So when I started going to the beach with friends, I almost didn’t know what to do. I didn’t realize you could sit and read, bring a picnic lunch and have real meaningful conversations with people. People like me. These people were also experiencing their first sober summer—so we were all in the same boat (not literally) and were able to enjoy the beach. I would go to the beach with a couple of friends or with a big group, and I was able to fully experience the beach and what it truly offered. I would bring my “mocktail” of an Arnold Palmer or an iced coffee, and we’d go on long walks and appreciate being present with one another. It was palpable and I could taste the salt air and water, and just bask in the day—sometimes staying on until late evening to watch the beautiful sunset, all the while pinching myself and saying WOW, I’m sober!

When I was 90 days sober, a good friend of mine called and asked if I wanted to go to the Dave Matthews Band concert that weekend. I knew that they were in town, but I felt it was too soon in my recovery to attend a concert like this, as I had been to numerous DMB shows pre-sober and they were always a party, usually lasting into the next day. I decided to go, as we were also bringing another sober pal along with us, and as trepidatious as we all felt, we also really wanted to experience a concert sober! I bookended the event by calling my sponsor before and after the show and sharing with her how I was feeling and what was going on with me. I had some anxiety when we got there, and I felt so weird not having an alcoholic beverage in my hand, but that was soon substituted with Red Bull, and since it was an outside venue I could smoke my Parliaments freely (never underestimate the power of cigarettes in early recovery). While the venue was filling up with concertgoers, the sweet aroma of marijuana was filling the open space around me—reminding me of something that I had completely forgotten about. I smoked pot here and there, but it was never my drug of choice. But now, at this concert with the masses partaking, I had an urge to smoke. But it passed. I talked about it with my friends and we all got that “contact high,” but we were so glad we didn’t do that anymore—and surprisingly we didn’t want to. We were there to feel the music, to be with each other and have that first sober concert experience. As soon as the music started, the dancing felt awkward, so I did my best white girl jam and grooved and bopped without moving my feet much. It was freaking amazing and it was a rush of adrenaline not having to be fucked up to enjoy it. Pretty soon into the concert, the annoying drunk folks took over and my feeling of gratitude kicked in pretty quickly. Ahh…this is a concert sober! Bring. It. On.

Needless to say, I’m still a huge concertgoer and attend a handful every year, and being sober at these venues is priceless. I always remember how I got home that night!

When I was a few months sober, me and a couple of my sober sisters had heard about a women’s AA convention in Las Vegas. My first thought was, who would want to be in Vegas—sober? What’s the point? Before getting sober I had been to Vegas twice, and both times were a disaster. I couldn’t even fathom being sober in Vegas, but I can tell you now that I’ve been to Vegas more times sober than I had before I quit drinking, and I’ve had a blast! So, off I went with a new mindset, sober friends, and a road trip to Vegas. It sure sounded like a lot of fun, but in the back of my head, a bit nerve-wracking. Who knows where I could end up at 2 a.m. if I lost my group, or if I wanted to wander outside and have a smoke, or if I met someone and they had a great idea to go swimming, or – the “what ifs” could have gone on and on. However, we were attending an AA convention, so I felt safe and secure in knowing my sobriety would stay intact.

The convention took place at the Riviera Hotel in old town Vegas, and pretty soon upon arrival, I had my first sensory overload experience walking up to the registration area where there was a gaggle of loud women smiling, laughing and hugging. It was a lot to take in. I was used to my little fellowship of 40, and being among such a huge group of sober women was daunting. This feeling was soon replaced by the enormous love and service that surrounded us. You could feel the magic in the air and I was in awe. I felt like I really belonged and was truly a part of this fellowship. I was so proud and honored to be there, and I was excited for the weekend. Me and my friends mingled, attended meeting sessions, speaker meetings, workshops and the like, but my favorite part of the entire weekend was spending time with my friends. We laughed, joked and shared in a common joy that we were in recovery. We ended up at McDonald’s at 2 a.m. for fries and milkshakes, and we were all enamored by the fact that we were sober—in Las Vegas. More so because we were able to really participate in our lives and remember what we were doing. None of us had had that experience before then. It was a spiritual experience, and it’s one of my favorite early recovery memories. It’s the WE that kept me coming back—always. 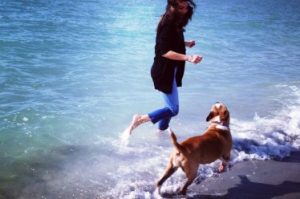