Day One of my news and nonsense

Healing at our own pace 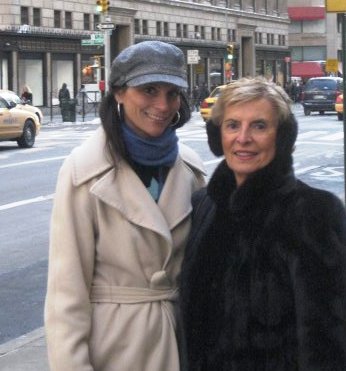 As you know I have been ruffling through some old blogs from when I first started and what I have found was that my writing seems better than now.  Its more crisp, more descriptive and a little more wittier.  So I’m going to post some old blogs here and there and hopefully you’ll get something out of them or may just want to check them out for because reasons.  Personally its been helpful and healing to read about how my Mom was 7 years ago, so its been therapeutic for me and either way, I am so glad you are here and reading……..

So, as I was contemplating on what to blog about tonight, my thought was that I would bitch and moan about my 3o day Bikram Yoga challenge. My friend Joe gave me permission to do so and I was all guns fired to start banging away on my keyboard.

BUT, as I started reflecting about my day I realized that maybe I should blog about my Mom. I mean, she is the main reason I moved back to the East Coast and she has been the center of each and every day since I’ve come back, and we had a bit of an exciting day. Well, not sure she thought it was that exciting, but it definitely was one of those days where I wanted to go shoot a pistol at a bullsye target or go down a bottle of Absolut. I did neither and went to Bikram class. Again, that’ll have to be another day’s blog.

Back to ma mere. Mary is her name and as I’ve said she was diagnosed with Dementia about 18 months ago. It’s progressive and in the past few months has gotten even moreso. I feel like Tom Cruise in Rain Man, however, I don’t drive a slick car or have the hot Italian significant other. Mary’s habits resemble those of Rain Man as her daily routine of what she watches, wears, eats and speaks has to be consistent. “Jeopardy is on at 7 and then I have to watch Wheel of Fortune at 7:30”. Okay Mom, dinner will be done by then, no problem.

Our day started with our normal morning of the Today Show, (Matt Lauer is my dream date) coffee and breakfast. This was followed by a visit to her Orthopedic Doctor in Paoli. Mary had been complaining of back and shoulder pain for the past couple of months, and without getting too technical about all of the X-rays that they took, the Doctor gave us the diagnosis that she had arthritis. I never knew that arthritis could be THAT painful? Who knew. Great, another thing to get excited about in the “getting older and turning into my mother” category.

As we entered into the Dr.’s office I could see the Receptionist rolling her eyes as she glanced at my Mom. Apparently Mary had been calling …. and calling….. and calling the Dr’s office most of the week to complain about her shoulder, needless to say this is why we had this appointment.

As I approached the Receptionist, I shared with her who I was and that I hoped my Mom wasn’t causing too much trouble with her incessant telephoning. “Oh, its okay, we all know who your mother is” and she wasn’t very nice when she said it, as she sounded more irritated and not at all empathic towards the Dementia’d patient sitting in the waiting room. While we were ushered into the 2nd waiting area, I asked if I could speak to the Doctor privately before he met with us. The receptionist obliged and soon enough, Dr. Raab called me into his office. Now, if I knew that Dr. Raab would be young, attractive and willing to speak with me alone, I would have been in a snazzier morning outfit than my plain yoga clothes and fresh scrubbed face. Albeit, he was married, it still doesn’t hurt to always look your best. What if he was single? But yeah, he wasn’t, so no harm no foul. Moving ahead, I shared with him how Mom was doing and if he could help us in our plight to try and drill into her brain that she cannot drive. Everyone east of the Mississsippi has been telling Mary that she CANNOT drive. She has become an aggressive driver in her progressed condition and seriously should not be on the road. Howver, she refuses to believe anyone! We, my siblings and I, had to resort to disconnecting her battery. Needless to say, she’s tried to drive after she found her spare keys! “Hmm…my car doesn’t seem to start. Maybe I should try to call Triple A?” OY!

Dr. Raab was courteous and helpful to my mother as he tried to explain to her that her shoulder isn’t mobile enough to be driving; she still didn’t get it. Needless to say, he gave her a cortisone shot, a scrip for a muscle relaxer and scheduled a follow up appointmentfor her in a month to observe her arthritis progression. I think I’ll have to make myself available to join her. Dr. Raab could be separated by then; you never know!

After our appointment, we had made another appointment to take Mary to the Wayne Senior Center. A social club in Wayne for people that are retired and looking for something to do. I had taken Mary a day earlier to get a tour of the club and she seemed receptive to being a member and taking part in their daily activities, i.e, movie and pizza day, sing alongs at the piano, board game afternoon, fit over 50 exercise group, AARP membership drive and of course, Pinochle. It actually sounded like a place I’d like to go and chill. I mean really, whats not to like about board games, pizza and Pinochle? I took Mom over to the club where we were met by some nice older volunteers who made us feel welcome. After I got Mom situated at the club and she seemed eager to be there, I made a beeline for the door, got in my car and sped off to Yoga. 90 minutes of Nazism yoga in a balmy 105 heated room, I was salivating at the thought of it. Upon leaving Yoga and getting into my car, my cell phone said that I had 5 voicemails! UGH! I hate that. In ck’g the messages, 2 were from my Mom asking me to come pick her up at the Senior Center. Jeez-us, had she not been playing nice in the sandbox with the elder group? Was she kicked out? Did she annoy the hell out of everyone there already? Was she asking “Who’s on First?”

As I got ready to call her back, the phone rang, it was her! Shocker. She asked if I could come get her, and I obliged. I showed up at the Senior Center 1o minutes later only to find her entreneched in a card game with 3 other participants. The Assistant Director of the Center told me to go run some errands and come back in an hour. With my precious hour of downtime I ran home, took a quick hot shower, and threw some food down my throat. Sure enough, 60 minutes later, Mom called and wondered where I was. I told her I was on my way and to sit tight. Driving over there I tried to get back to my Zen place and realized that I was spent. The last 10 days with Mom had drained me and I needed a break. I called my sister whom I vented to, lit a cigarrette and then blasted one of my favorite Jackie Greene songs. While speeding along to pick up my ailing, aging, memory and behavior impaired mother I knew that I had to get into a place of love and tolerance for her. As I pulled up to the center, she was sitting outside waiting and smiling. She got in the car and asked where I was and did I get her voicemails? “Yeah, Mom I got them, but I had to run home and shower first. You’re okay. Its all good, we’re going home now.”
She looked out the window, “Oh good, I think Family Feud is on at 4.” 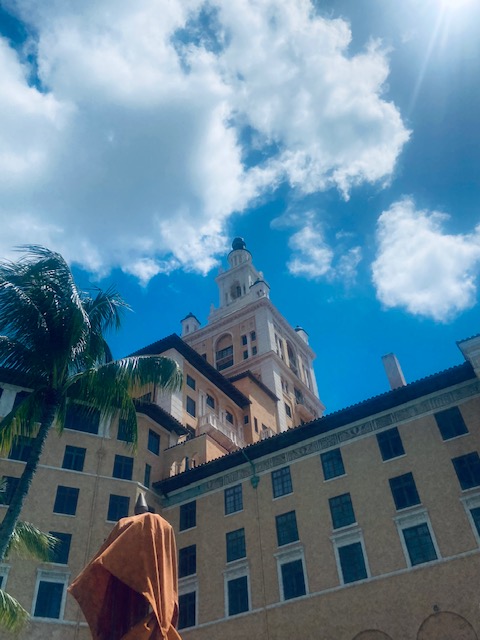