A friend of mine recently was asking me about my book and I was sharing some of it with her and then I figured, I should also some of this with my readers.  Anything I can do to help anyone anywhere…So from time to time, I’ll be sharing some excerpts from my book – as I really hope my story will help others realize there is hope and help out there….So, yah, here’s some of Chapter One.

I got drunk for the first time at age thirteen in Avalon, New Jersey.  My memory of the night is as fresh as the pasta sauce simmering on the stove. The evening set a standard of excitement nothing else had previously touched. My thirteen years provided no resources to put the experience into perspective. I had no inkling of consequences. There was only the thrill of the moment, blotting out everything else.

Saturday night, and my parents, Robert and Ellen, were getting ready to go to dinner at the Avalon Yacht Club where Dad had recently become a member.  My parents, bless their loving hearts, were wearing their version of standard Jersey Shore evening attire, a look perhaps inspired by The Nautical Preppy Handbook.  Dad managed to accentuate his five feet seven inches in a pair of khakis bedecked with boating flags. God awful looking pants.  A kelly green blazer over a pale yellow oxford shirt completed the image. I remember looking at him quite horrified. My mother’s less conspicuous outfit balanced his excess.

What my Dad lacked in fashion sense, he made up for in personality.  When he walked into a room, there was a hush.  My father was attractive in his own right.  He liked to comment that people thought he looked like Robert Wagner – from Hart to Hart – the 70s crime show.  I didn’t see it – I personally thought he looked more like Frank Sinatra, another one of Dad’s favorites.  Dad likes to engage people with his quick wit and light sarcasm.  His boisterous personality is one that I’ve inherited, and at age thirteen, I was about to experience a family weakness, a distinct love of the drink.

My mother strode into the living room clasping her clunky charm bracelet. She wore basic beige slacks topped with a conservative pastel collared blouse.  Her impeccable makeup and appropriate medium length brown hair gave her style and class. I can still see her spritzing her coif with Aqua Net as her finishing touch.  Mom had chiseled cheek bones and large brown eyes.  People tell me I’m blessed to inherit her striking features. She looked over at me and my sister.

“Okay honey bunches; make sure you go to bed at a decent hour.  Your father and I won’t be home too late.”

My sister looked at me and grinned.  Poor Jenny. I had no intention of sitting home with my twelve-year-old sister and watching TV.  I was going to dart out the door as soon as my parents turned onto Ocean Boulevard.

My parents were an attractive couple, but their love for each other was not the comfortable relationship the outside world perceived.  I rarely saw them show affection toward one another, but their daily bickering didn’t seem unusual.  Even then I questioned if my parents could sustain their marriage in the coming years.  Most of my classmates’ parents were divorced or getting divorced; it seemed to be a trend that was as popular as Rubik’s cube.

My sister didn’t know that earlier in the day, while I was sunbathing at the neighborhood pool, I was invited to a party given by the older teenagers in the complex.  I looked older than my years, and they’d assumed I was fifteen or sixteen. I always felt older than my peers. I felt different. I was not ordinary and felt that great things would happen to me.  I don’t know why I felt that way.  I had an attitude at birth that gave me a possibly unrealistic notion that I could be whoever I wanted to be.

That evening I wanted to be cool, and I wanted to go to a teenage party, and I wanted to drink alcohol.  Alcohol, the elusive potion that I saw grownups drink with gaiety and zest, the potion that I saw glamorized on TV and at the cinema, and the potion that the older cool kids were drinking every weekend.  I wanted to be cool.  I remember wearing tight Calvin Klein jeans with the highest heels I owned at age thirteen and a ruffled white peasant blouse.  My dark brown hair was set in a side ponytail, which was trés chic at the time, and it made me look at least seventeen.  Black eye liner coated my inner eye lids and heavy black mascara brushed onto my bare lashes accentuated my glowing tan—my first real make-up experience. I’d had no idea what I was doing as I raided my mother’s make up drawer.  When finished, I stood in the bathroom mirror looking at myself and wondered who I really was at that very moment.  I was scared, but felt a surge of excitement as I bolted out the door to venture into the unknown.  A teenage drinking party.

As I walked upstairs to the party I was nervous, but before I reached the front door, I could hear Blondie’s obscure lead singer, Deborah Harry, blaring from the stereo.  Walking into the decadent den of teenagers I could see everyone milling about and laughing.  They were drinking from a large circular punch bowl.  The party guests all looked to be seventeen or older.  I was playing with the big boys now.   The choice beverage of the evening was cherry flavored jungle juice – spiked with grain alcohol.  I felt like a member of Jim Jones’ tribe, belonging and doing whatever the leaders wanted me to do.  I anxiously served myself a small cupful and drank it with hesitant anticipation.  It was sweet and seemed harmless, no taste of any alcohol. Just right. I walked around, surveyed the room, grabbed a couple of pretzels, and chatted briefly with the party hostess.  She was nice enough and had no idea she was serving alcohol to someone still three years away from sweet sixteen.  Within two hours, I drank four glasses of punch. I was blotto.      I remember sitting down in a lime green bean bag chair and looking over at the other party guests and laughing. Laughing and laughing, I was laughing so hard I kept flipping my head side to side, and my ponytail started coming out, so I just took it down and flipped my hair back onto my shoulders. I felt like every boy there was staring at me. Male attention was something I always strived for.

The way I felt at that moment was my first “high,” a stunning sensation I’ll never forget.  I was the only person in that room that mattered.  It was all about me and fuck everyone else.  I would continue seeking this high for the next twenty-four years, a constant throughout my drinking career, always feeling entitled to drink the way I wanted to.  Why should I care what others thought about it?  Yet in case someone might judge me, I only socialized with people who drank.  I only connected with people who wanted to drink as much as possible and as often as possible—as I did.  My inner circle of friends and family seemed very accepting of this lifestyle, until I reached a certain point.

Walking the ten paces home from the party that night, I realized I was really drunk.  I felt queasy and unkempt. I walked in and ran to the bathroom to toss my cookies. Oh, god, that red cherry punch splashing onto my frilly, white gypsy blouse.  This wasn’t a vision I wanted my parents or my brother even to witness.

My brother, Bobby, the eldest at sixteen, had just come home from the Bongo Room, the local hot spot where the older kids hung out.  Bobby, just getting over his chubby puberty phase, was finding out how much fun it was to be a teenager at the Jersey Shore.  He too had a slight buzz after chugging a couple of Budweiser’s and wasn’t feeling much pain when he arrived home.  Bobby was shocked to see me in the state I was in.  He couldn’t believe his younger sister, the sister who possessed an attitude of coolness, had turned into a trashy teen with makeup smeared on her face in a mere two hours.

My brother resembled my Dad a little with his mild ball nose and quirky smile.  His brown hair, curly and full, made him look taller than his medium height.  I looked up to him and thought he was cool.  His friends were cool guys too.  Cool was a very big word in the eighties, thanks to Arthur Fonzarelli.  Cool Bobby had a pale yellow 1967 Mustang, and he worked as a busboy at the local catering hall to earn his wage.  He was your ordinary big brother, either ignoring me or chiding me.  He was wearing a white Polo shirt, collar up, red tab 501 Levi jeans and Docksider boating loafers.  The trend at this time was the prepster New England look, and everyone around me jumped on the bandwagon.  I kept up with the trend for the most part, but just so I could fit in.  I had one too many pink and green belts, turtlenecks and sweaters.  I was hoping some new fashion trend would hit the market—and soon.

Bobby looked at me, bewildered, and barked at me to get to bed and be quiet.  If drinking was cool, barfing was not. Looking trashy was not. I felt like I hadn’t really done anything wrong and here he was making me feel as if I had. Going to bed wasn’t an option.  I proceeded to be defiant and started babbling about needing fresh air.  I felt like I had to control my nausea and regain what I’d thought was my new feeling of empowerment. I wanted to see it reflected in Bobby’s eyes, let him see how cool his little sister was.  I couldn’t be seen as a loser, desperate to get his approval.  I wanted Bobby to think I was groovy, and I wanted him to like me.  I never thought anyone liked me growing up.  Sure, they loved me, I knew that, but I didn’t think anyone actually liked me.  I constantly needed reassurance and acceptance from everyone else in my life also—my dad, my mom, my sister, my best friend, my boyfriend, basically anyone who mattered to me….. 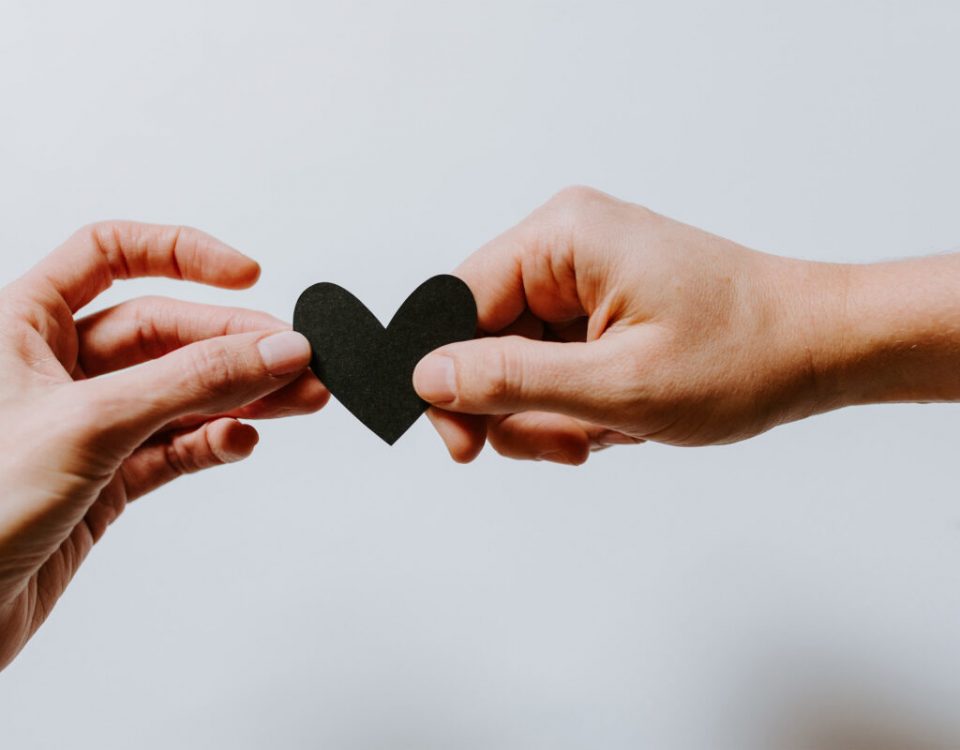