Its not all Rainbows and Ponies, a new recovery Memoir

This post is a guest post by Rose Lockinger, Currently the Outreach Director at Stodzy Internet Marketing.

A common misconception held by the broader public is that a life in sobriety is one of quiet desperation, devoid of fun. They receive these messages through sobriety’s depiction in popular culture. They see the curmudgeon alcoholic cop, who in a heartfelt moment shares with his cop buddy the struggles that being sober presents him everyday, and how he is just barely holding on. They see 12 Step Meetings presented as 15 people sitting in a circle all sharing about how they still regret every decision they’ve ever made in their life and how sobriety is so tough. And while all of this makes for good television, it does not even come close to accurately representing what it means to be sober.

As of 2015 there were an estimated 2,089,698 members of Alcoholics Anonymous, and while sheer numbers do not necessitate happiness, it does pose the question, would all of these people be involved in the sobriety community, if their lives had not gotten exponentially better because of it? The answer is that they probably would not, and so having such a high volume of members in AA seems to suggest that there is something in being sober that people just cannot find elsewhere.

The unfortunate thing about this is that it is really something that you have to experience in order to fully understand. People could sit and tell you till they were blue in the face how wonderful a life of sobriety is, but without the experiential information behind it, it’s just words. Nonetheless I am going to attempt to do just that, and let you in on the greatest public secret around, being sober will result in having a life that is better than anything you could possibly imagine.  What I mean by this is Peace, this is something that was not a possibility while drinking or using.  Your whole world is chaos and pain.  Peace for mind, body, and spirit this was the best gift I have been given in sobriety,

I am not going to lie early sobriety can be rough. Usually people come into the program completely broken and because of this the first few months are generally an uphill battle against the body, mind, and spirit, which are all calling out for a drink. That being said, this phase of development is not as bad as some people make it out to be, in fact, looking back on my early sobriety now, I see it as one of the best and most exciting times of my life. It was a period when I was being introduced to profound ideas that would completely change my life, all while making new friends, and recreating a social life for myself. Before getting sober I was mostly just holed up in my home and the few people that actually did talk to me, did so with great caution and discontent.

So early sobriety was not that bad, sure the withdrawal symptoms and my emotions finally coming back were overwhelming and awful, but there was a lot of good that happened during that time period and a lot of fun was had as well. I remember going out with my friends and sometimes we wouldn’t even do anything particularly interesting, but it was the most fun that I ever had. It is interesting because I remember in my first couple of months coming to this realization that the thing that I had been searching for my whole life, was what I was finding in AA, and it brought me such joy to know that possibly the terror that had gripped my life was done, and I was finally finding peace.

Another thing that is often wrongly depicted in popular culture about being sober is that the person now has to avoid anything that even resembles alcohol or partying. This is utterly false and our literature makes this abundantly clear. If I had to tiptoe around my life avoiding alcohol, my life would be completely unbearable, because we live in America and people really love their booze. Fortunately, this is not what being sober looks like and you do not need to avoid anything if you don’t want to. For instance I don’t believe that I would go by myself and sit at a bar and watch people drink, but not because I am afraid that I would possibly get drunk if I did this, but because once I worked the Steps, this no longer was something that appealed to me. Once you work the Steps, drinking becomes a non-issue. This doesn’t mean that I am certain that I will never drink again, because none of us can say this for certain, but it is not something that I struggle with. If I am around people who are drinking I may feel weird for second, but it is mostly because of social awkwardness and not because I’m fighting against drinking. This one is really difficult to explain to someone who hasn’t experienced it though. For most of my life I was completely unable to not drink and so now having a choice in the matter, it means that I do not have to avoid situations, because they do not tempt me like they used to.

A question that often arises from people who do not yet understand what it means to sober is, well what do you do for fun then? The simple answer to this is, anything that you want to do. Like I stated earlier, before I got sober my life was a complete wreck. I thought that I was having fun, but I didn’t really understand what that word meant. Now that I am sober I have the ability to do anything that I want and the tools necessary to actually enjoy it. See doing something and enjoying it are two different things. You can go on vacation but not enjoy it, but with what I learned in AA I have been given the ability to do both. If you want to travel and you can afford it, you can travel. If you want to go to a concert, you can go to a concert. If you want to go back to school, you can go back to school. If you want to go to the beach, you can go to the beach. There is literally nothing that you can’t do once you get sober and fully commit yourself to a life of sobriety. Not to mention, there will be so many people that you meet, whom you can share these experiences with. Like-minded individuals who make all the events of your life, all that more enjoyable.

It is hard to really encompass what being sober means with just words. Words, for all their glory often fail us, but I have tried to paint a more accurate picture of what it means to be sober and some of the events that may come to pass for you. But in the end don’t take my word for it, go and see for yourself and I guarantee you won’t regret it. 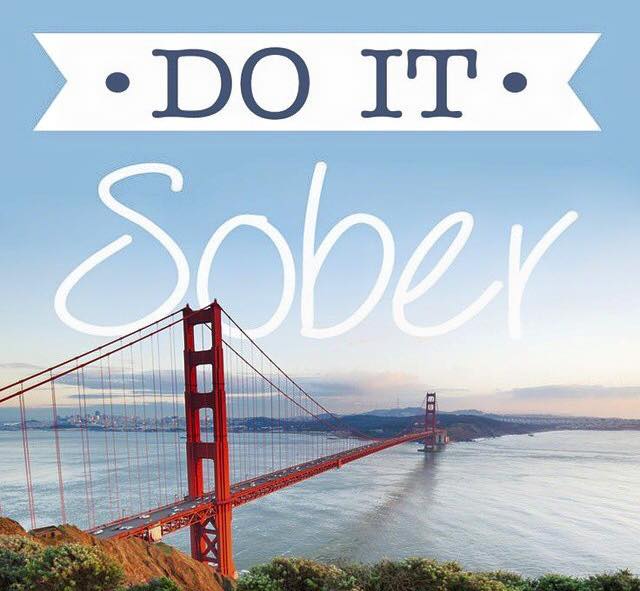